Whether for transportation, combat, or a glorious combination thereof, vehicles have served an important purpose throughout human history, and thus in gaming history as well. What follows are, in no particular order, ten great examples of vehicles featured in classic video games.

Sophia III is an all-terrain combat and exploration vehicle used by Jason in his war against the mutants. With its distinctive appearance and nimble handling, Sophia has left quite an impression on many gamers who fondly recall taking its controls in Blaster Master. As the game progresses, the player earns upgrades to its weaponry and maneuvering capabilities, making this quite the world-wrecking little machine by the time Multi-Warhead Missiles are being fired en masse across the hostile landscapes. For being so unique in such a memorable way, and just-plain cool for bonus points, putting Sophia III on this list was a no-brainer.

Thumper is a ’64 Impala low rider. This, in itself, would already be pretty sweet; but since it also happens to participate in the Twisted Metal automobile combat tournament, it has been somewhat customized, to include features like fully automatic machine guns and a devastatingly powerful flamethrower weapon. Although Thumper makes appearances throughout the Twisted Metal series, it is his utter domination in the very first game that makes him stand out. Perhaps it takes stats junkies to appreciate his thorough supremacy, but consider: The original Twisted Metal game rated each vehicle in four categories; Special Weapon Power, Speed, Handling, and Armor, with a minimal rating of one and maximum of five. To use the vehicle Yellow Jacket as an example, describe in-game as “very well rounded,” it is given a rating of 3, 3, 3, and 3, respectively. The massive semi, Darkside, has a line of 1,1, 1, 5, with only his armor being any good, but being at maximum. But Warthog, one of my favorites from the series, also has an armor of five, but looks better elsewhere, sporting a full line of 3, 1, 2, and 5. Wow; this means maximum armor, yet more than 1 elsewhere, for a total of 11 stat points across the spread. Darkside only had 8 in total distribution, and the “very well rounded” Yellow Jacket, 12. But Thumper rocks a stat line of 5, 4, 2, 4, for an unbelievable total of 15 points distributed, meaning he is among the fastest vehicles in the game, yet also is near the top in armor, but if that is not enough, sports one of the very tip-top most devastatingly powerful special attacks, an oversized flamethrower weapon that kills very quickly. This would be like putting Dan Marino, Bo Jackson, and Lawrence Taylor on the same Tecmo Bowl team, or putting a driver in Mario Kart that has the maximum speed of Donkey Kong yet can accelerate like Yoshi and maneuver like Toad. A remarkable example of utter singular superiority as a vehicle against its peers. Later titles would remedy this, cutting Thumper’s armor down a bit and making him more of an equal. 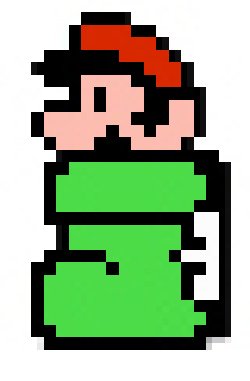 Okay, yes, you can go ahead and say it: You knew this one would be on the list. And it has to be, because Kuribo’s Shoe meets so many exceptional qualifiers as an outstanding vehicle: It is exceptionally rare, being only available in World 5-3; it is nearly impervious, able to jump onto both spikes and spiked enemies alike, unlike a barefooted Mario; it is undeniably powerful, as it can trample over every enemy in its path; and it is straight-up strange, being a bright green wind-up boot that manages to feel fantastical in a universe already chock-full of strange and wondrous things. If Mario had a Fire Flower before entering the Shoe, he could even fire fireballs from it. Craziness.

We envy the birds for it, we have enrapturing dreams about it, and we spend billions of dollars trying to emulate it: Flight. That grand adventure in the sky awaits players of the Pilotwings series, such as the original SNES cartridge or the early-cycle release of Pilotwings 64. While prior media, including video games, would make use of such fanciful flying apparatus like jetpacks and U.F.O.s, it was Pilotwings that put the Rocket Belt on the map. The concept is simple yet insane: Literally, a belt, wrapped around the waist, that just oh-so-conveniently happens to have a couple thrusters attached to it. What a rush, eh?

This Micro Machines video game appeared on every system known to humankind at the time, from DOS to Game Gear. It was certainly not the first piece of electronic entertainment to feature tanks, nor would it be the last. Yet it can confidently hold its head high as the brazen racer that dared pit tanks in a match of speed against each other, while still keeping their armament intact. Yes, racers of these armored vehicles are quite able to shoot each other, right there on the racetrack, making each of the tank contests among the more interesting that the cartridge had to offer, albeit also among the slowest.

For some of us ancient warriors of the digital realm, this screenshot still gives us the nervous shakes and perhaps a bit of anxious sweat. Goosebumps may appear, and nightmares may relapse. While later Nintendo games, notably the F-Zero series, would manage to make great advances in conveying an element on true on-screen speed, it was the Speed Bike in Battletoads that provided the first jolt of true adrenaline rush for many gamers of the era. The Turbo Tunnel level is a cruel mistress, proving to be massively difficult yet undeniably exciting. Maybe this is the odd duality that attracts many, but the cost is countless deaths from Speed Bikes plowing into stone obstacles or falling into the bottomless abyss below.

Star Wars: Rogue Squadron was one of the break-out hits of the Nintendo 64, and proved to be a quality contender alongside other great Star Wars titles like Shadows of the Empire and Episode 1: Racer. Science fiction naturally lends itself well to the formation of intimidating and spectacular craft, and both the Galactic Empire as well as the Rebel Alliance have their fair share of memorable starships from the films and other canon, whether it be X-Wings and TIE Fighters screaming through the Death Star trench, or snowspeeders attaching tow cables to AT-AT walkers in order to trip them up. For the Rogue Squadron video game, they actually specifically created an all new ship, the V-Wing. And it’s freakin’ sweet. The special Scram Jets give it a stupefying speed burst on top of its already-impressive clip, and the cluster missiles it can launch are among the most powerful weapons in the entire squadron of fighters. Being able to choose this death-dealing machine was always a boon to a mission.

Not only is it likely the vehicle you can most easily obtain a real-life equivalent of, but it is undeniably among the most iconic vehicles in video game history. Many players will instantly think of the Mario karts as among the first vehicles to spring to mind, and for good reason: They are fast enough to make for a competitive racing event, maneuverable enough to make breath-taking shortcuts, and come with a stunning array of accessories. Many of us wish we could launch a few heat-seeking red shells during our morning commute to work, or at least unleash a few speed bursts thanks to a golden mushroom. The Nintendo 64 game also introduced enhanced drifting mechanics, as drivers worldwide paid close attention to the color of the sparks behind their vehicle in order to get the maximum boost.

Someone had to set the standard for legendary vehicles in retro video games, and the Interceptor was up to the task. Introduced in 1983, this bad boy was frighteningly fast and heavily armed. The secret agent trope has been heavily played out since, but playing as a spy is still definitely cool, and doubly so if your goal is to destroy as many foes as possibly, alongside the noble goal of defending the innocent. Spy Hunter was, and remains, a white-knuckle challenge, and truly pushed the envelope for the video gaming medium in terms of its vehicular portrayals.

This inclusion was inevitable. The instant you see it, you want to do a barrel roll. Some may choose to say that its early polygon rendering was limited in its aesthetic appeal, but those people would be terrifyingly wrong. This sleek space beast was the bane of the forces of Andross, a jet-powered blast to fly, capable of aerial stunts and strafing runs that nothing else in the cosmos could manage. Asteroids, hoops, boss battles, dogfights? No problem for the Arwing. The launch sequence prior to the first level was, for many gamers, the gateway into a whole new world of appreciation for what a vehicle could do.

There you go, my picks for the top 10 vehicles in retro gaming. Which ones did I miss? What’s your favorite vehicle from a classic video game?

Someone criticized this feature for being rather "Nintendo heavy." And, darn it, he was absolutely right...... I should've picked the SMS version of Micro Machines instead.

Dude, yes. The V-Wing NEVER gets any love. It was the best vehicle in Rogue Squadron and it never even gets mentioned.  Well done.

What about all the vehicles from Blast Corps on N64? Good times to be had with some of those machines. The list could go on to 100, for sure! :)

No love for the Falcon or the Black Jack in FF6

Epoch always brings back memories. I would also give a shout out to the Landmaster tank from Starfox 64 and the motorcyle/dirt bike from Excitebike. Two fun vehicles to drive, plus the Landmaster can almost always beat an Arwing, when in the hands of a skilled operator.

Airship - Final Fantasy NES and SNES. ... I suppose you could toss in SMB3 with that lol.

I always liked the Roadblasters car too... one of the few video game vehicles that actually had a toy. It always played second fiddle to Spy Hunter.

For "realism" I'd say the red Ferrari from Hard Drivin'. If only due to the fact that this game takes my money to this very day when I see it.